The Link Between Pollution and Lung Cancers in Non-Smokers

Lung cancer is a disease that most people will associate with smoking and there is a general lack of awareness when it comes to other contributing factors. However, recent studies are showing that lung cancer diagnoses involving non-smokers is increasing and this is largely attributed to pollution. This is something that we have been aware of at Totobobo.co.uk for years and is the reason we decided to develop a solution in the form of anti-pollution face masks.

According to the Independent, 6,000 people, every year die from lung cancer despite being classes as non-smokers. This high number of annual deaths means that lung cancer for non-smokers is a bigger killer than cervical cancer and leukemia, to put that into perspective.

Air quality figures in the UK are of great concern, even though the government has been working to raise the standards in recent years. We have seen a big focus on plastic pollution recently but arguably less emphasis on emissions and the less visible problems that lead to air pollution.

Cancer Research UK has been trying to drive awareness of the links between cancer and air pollution and they have also highlighted that there is evidence that air pollution increases the risk of heart disease and respiratory diseases. In 2013, air pollution was identified as a cause of cancer by the International Agency for Research on Cancer.

Whilst it is clear that air pollution is not as big a contributor to lung cancer as smoking is, the issue is that everyone is at risk of being affected, despite living healthy, non-smoking lifestyles. According to Cancer Research UK, around 1 in 10 lung cancer cases are a result of exposure to air pollution.

How to reduce your exposure to air pollution

Inspiration for the Totobobo masks came during the SARS (Severe Acute Respiratory Syndrome) outbreak. Launched in 2008 in Singapore and 2012 from totobobo.co.uk in the UK. Totobobo mask is a product of Dream Lab One Pte.Ltd.

The name Totobobo was derived from the Chinese language, with toto (透透) meaning ‘transparent’ and bobo （保保）, meaning ‘protection’.

Totobobo has since become the world’s first customizable respiratory mask designed to fit all face shapes. The highly effective mask also uses an advanced technology that ensures a good face-seal, offering users guaranteed protection from pollutants. Tipping the scales at 20 grams, this anti-pollution mask is by far the lightest reusable respirator mask in the market. It is also remarkably comfortable, thanks to the TotoSoft, a custom blend plastic from FDA approved material. It comes in two sizes and can be trimmed to fit all family members whether an adult or a child from the age of 3 years old.

You can also reduce the pollutants in the home and make sure that your home is well ventilated, as long as the outside of your home is not in an area where outdoor pollution is high. You should try to avoid being in places where pollution levels are high if you usually walk around places that are high in pollution, making changes now will help your long-term health in terms of developing illnesses as a consequence of air pollution.

The growing focus on air quality

In the future, homebuyers will increasingly factor the air quality of the area into their decision-making when selecting the area they want to live in. As more awareness grows regarding the links with air pollution and lung cancer, we can expect to see more anti-pollution face masks being used to counteract the health impact of air pollution.

Share Post
View Shop
Previous
What makes the Totobobo Mask different f...
Next
Beware of the Air Pollution Hotspots in ...

Beware of the Air Pollution Hotspots in the UK

It is no secret that air pollution has devastating health consequences as well as destroying the environment, but there is increasing evidence to show that…

What makes the Totobobo Mask different from others?

Don’t want to reuse a filthy used mask? What makes Totobobo special? Used and abused, it can still be as good as new! Typical N95… 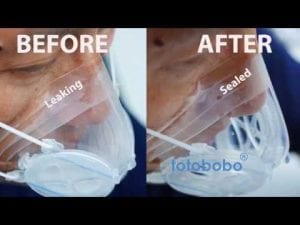 See the leak? Shape to fit! 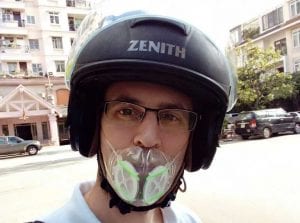 Benefits of Pollution Mask for Motorcycling and Cycling

Whether we are out walking, taking a trip to the shops or riding a bicycle or motorcycle, the air that we breathe is not as… 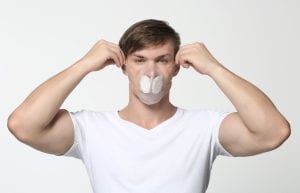 What Health Benefits Does An Anti Pollution Mask Have?

Air pollution consists of a variety of harmful airborne particulates like soot, smoke, gases, chemical vapor, and residue. The main sources are vehicle emissions and…

You can add any HTML here (admin -> Theme Options -> E-Commerce -> Promo Popup). We suggest you create a static block and put it here using shortcode